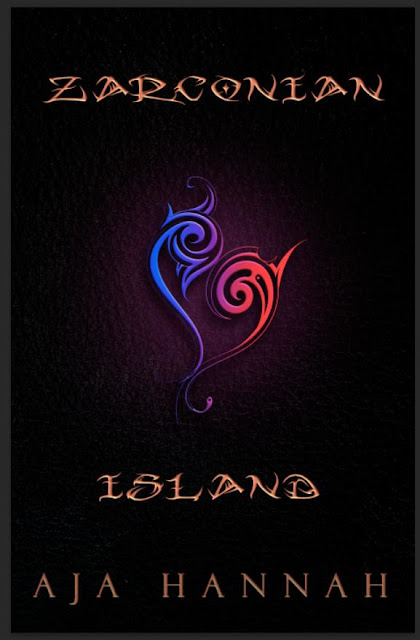 I am proud to present the cover of my debut novel Zarconian Island.

Since the Great Lisbon Earthquake in 1755, the Bermuda Triangle and nine similar vortexes have taken in everything from ships to camels. ZARCONIAN ISLAND, a 65,000-word YA/paranormal romance, exposes these legends and their mysterious creation through tart-tongued high school senior Attie Hotep when she becomes trapped in the Hawaiian vortex.

With powers that are feared and shunned, Attie is no virgin to attacks. Her ancestors, the mixed-blood descendants of Atlantis, were rumored to be the English fairies who kidnapped children, the Caribbean sirens that sunk ships, and dream-like apparitions who broke into psyches. By the 1850s, they were hunted nearly to extinction, turning into all but fairy tales. Now, they hide their powers and walk among us.

When a class trip turns deadly, Attie must use her powers in order to save her classmates. As she struggles to keep her heritage a secret, a boy confronts her and he knows everything. Enter Doug Hutchinson, star soccer player and best friend to her hated rival Bryan.

It will be released early next year so stay tuned.
Email ThisBlogThis!Share to TwitterShare to FacebookShare to Pinterest