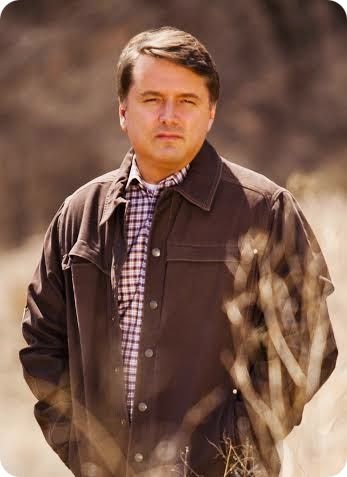 1. The first short story that he ever published was a humorous fictional account of appearing on the game show “The Price is Right,” and being antagonized by host Bob Barker. It appeared in The Onion.

2. The first short story he published in a literary review was “Hezekiah Number Three.” It appeared in the Spring 2008 edition of The Gettysburg Review.

3. While attending college at the University of Minnesota, he took a fiction writing class from Alexs Pate, the award-winning author of such books as Losing Absalom and the novelization of Amistad.

5. He is an appellate lawyer and once had a First Amendment case that went all the way to the United States Supreme Court, where he was privileged to sit at counsel’s table with Harvard Law Professor Laurence Tribe, who argued the case.

6. He was named the Sioux Falls Area Humane Society’s “Friend of the Year” for 2005.

7. His name might well have been “Donald Parsons, Jr.,” instead of “Ronald.”  His father had a twin brother who died at birth.  His father was originally named Donald, and the twin Ronald, but his father’s older brothers told their parents that “Donald is a duck” and so they changed the surviving twin’s name to Ronald.

8. It is claimed in a family tree kept within an old family Bible that one of his ancestors was an actual “Sheriff of Nottingham” in England.

9. A few single-panel cartoons that he drew were syndicated and appeared in newspapers across the country, including one that was published in the Sunday edition of the Los Angeles Times. 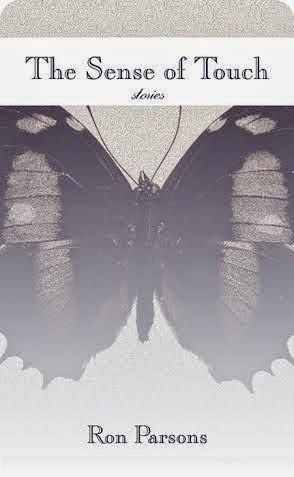 About the Book:
Old friends uncomfortably reunited and lovers who cling to their distance from one another; disappearing fathers, fiercely loving grandfathers, and strangers who pass through and radically change lives...These are among the characters who populate the rugged Midwestern landscapes of the mesmerizing fiction world of Ron Parsons. In his debut collection, THE SENSE OF TOUCH (Aqueous Books; May 1, 2013), Parsons captures people of various ages in the act of searching for meaning and connection and themselves. Firmly set in South Dakota, Minnesota, and Michigan, the lush but often brutally cold heartland of America, the eight stories explore universal themes--loneliness, betrayal, transformation, hope--in fresh, sometimes fanciful, sometimes comical, sometimes jarring, and always moving and memorable ways. 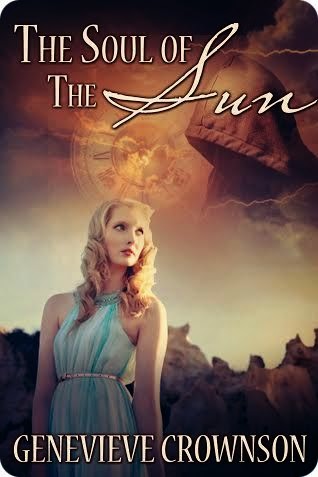 1) The Soul of the Sun was based on a dream. The plot was revealed to me like a movie while I slept.
2) Most of the book was written in spare moments, after work and weekends. Often times it was me, alone with my characters, working into the late evening.
3) Margaret and Emma were great friends when I had insomnia. They’d pop up to keep me company in the book world I’d created.
4) My characters have some of the quirks of people I know, not bundled into one person, but smattered all together to keep everyone guessing.
5) Margaret has a special place in my heart because she reminds me of my Grandma. She is a warm vibrant character with an inner strength.
6) Margaret never leaves the house without her red lipstick because my Grandmother does this and I love it. She has always said “You can’t leave the house without a little bit of color.”
7) Emma is studying for a Biology degree so that she can become a doctor. This was actually my story too. But life took a different turn for both of us.
8) The title for The Soul of the Sun was given to me as a gift from the Universe. I woke up from the first sequence of dreams that revealed the story and I heard this voice in my head that said “She will be called The Soul of the Sun” and that was it; I knew that was the title.
9) Animals play an important role in this book, but it doesn’t show how important until a little later in the novel. They are part of the magic. This is because I adore all creatures. They improve the quality of our lives with their unconditional love.
10) The ending for The Soul of the Sun was changed. I had actually written a different ending for Margaret and Emma’s story but when it was finished I had a dream with a much better conclusion, and a good twist. I knew I had to change it. Maybe one day I will reveal the alternate ending.
About the Book: 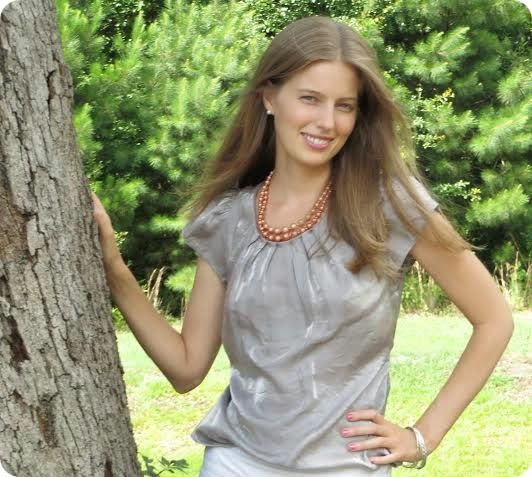 “The hands of time turn on the face of the sun. Only you can move them. If the Watcher controls the hands of the clock he can go anywhere, past or future-- and destroy our planet.”

Since the days of ancient Greece, the Argos dynasty has kept a secret, a mystery passed down through their descendants from generation to generation, in the hopes that the forces of good can stop the evil destruction of planet Earth.

Margaret Ingall is harboring that secret. Time is running out for the descendants of the Argos. They know a great healer and time traveler will be born of their blood. But the only person that knows whom they will call “the soul of the sun” is Margaret’s sister, Abigail. Before she can reveal the healer’s identity, disaster strikes…

Evil stalks them, watching and waiting to find out which member of her family has the ultimate power. Is it Margaret’s own child? Or her beloved granddaughter? Or even herself? Their only clue is a powerful protective amulet that will lead them all in a cat-and-mouse game to discover secrets as ancient as time.

If the Watcher discovers the truth before they do, all will be lost.

Fate, time and love weave together in their struggle to fulfill their destiny. Will Margaret’s fears sabotage her family’s protection? Can the healer accept her gifts in time? And once the soul of the sun is finally revealed, will it be too late?

Her power is incredible. The sacrifices required of her are immense.

Will it be enough to stop the Watcher?

Buy the Book at Amazon

Race: An Issue of Classification

A while back I read Race in Cyberspace and found a few quotes that I had to share. Since then, though, they've just been burning a hole in my blog draft bin.
I believe racism is an issue of classification. I forget who told me this, but it's something to hold on to in your mind.
Race is a way to seperate people, to draw lines between people and ensnare others in groups.

Why are people so obsessed with race? Why do we need to know where a person comes from? We are made up of the same chemicals, the same DNA, the same parts.

We are made to draw these lines as kids. We are told people are different because of the color of their skin, and it is enforced by the characters on TV (the stereotypes they play, the audience they cater to).

Remember when everyone got so mad because Rue in the Hunger Games was cast as a young black girl?


"The social constructionist view of race argues that there is no biological or genetic basis for dividing the world's population into distinct racial groups. While we typically see racial difference residing in physical traits that are genetically determined...attempts to map out those traits across the world's population (a) generate patterns that don't match up with the racial categories we already have, and (b) don't add up to coherent patterns that would support any model of people as racially distinct from one another." Race in Cyberspace, page 2

This is saying that, while differing physical traits do come from genetics, splitting people up into racial categories doesn't work. Physical traits can cross between the races. Patterns blend. People blend. With the exception of tracking down their family tree, we wouldn't be able to tell one race from another.

Fun example: My white country boyfriend has bigger lips than I do.

As people, we draw conclusions and make generalizations about a person by how they look. Sometimes it is things that can be changed like hairstyle and clothes, but we also do judge people by the way someone's eyes are turned or the shape of their nose.


"If race were purely a natural thing, there wouldn't be such a variation across time and space in people's understanding of racial differences." Race in Cyberspace, page 3

Another, bigger issue, is that we assume people are white unless they are explicity told or read otherwise. Think of when you read a book. You believe the character is white unless it says "dark-skinned" or "Japanese-American" and etc.

But the world is so wholly different and blended. We need to break these habits of thought. We need diverse books.
No comments:
Email ThisBlogThis!Share to TwitterShare to FacebookShare to Pinterest
Labels: book, book review, growing up
Newer Posts Older Posts Home