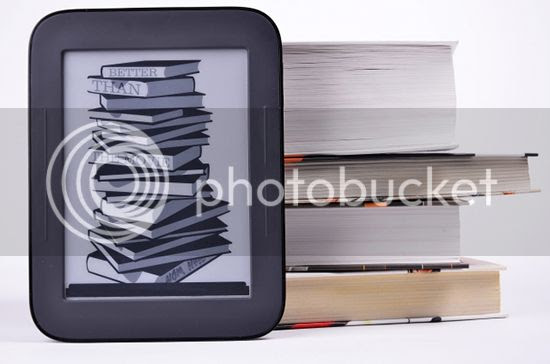 Writing a work of fiction is no easy task, requiring that you flex the muscles of both your imagination and your fingers in dramatic fashion. But there is no better feeling than wrapping up your own epic story and preparing it for the rest of the world to read and enjoy.

When it comes to delivering your work of fiction in ebook format, you’ll find yourself with many options to promote and distribute it; the internet puts the world at your fingertips if only you know how to tackle and leverage it.

Thankfully for all of the fiction writers turned ebook marketers out there, social media brings people together and provides the tools that you need to easily get the word about your work out to the masses, helping you to generate interest, fans, and, ultimately, sales.
Here are five easy ways to promote your ebook using social media:

Once you’ve determined the networks that you want to tackle, with the giants like Facebook and Twitter almost certainly among them, the first step in introducing your work of fiction to the world is to create informative profiles that not only help readers to quickly and easily understand what your story is about and what it has to offer them, but also contain the kind of tidbits that make your ebook truly compelling.

The method for achieving this will vary depending on the profile; for example, Twitter allows you a very limited amount of room to describe yourself and your product, while Facebook gives you much more freedom and space. With that in mind, you’ll need to work with what you’re presented with as you create your profiles, always finding that delicate informational balance that will create the interest that you need to inspire sales. 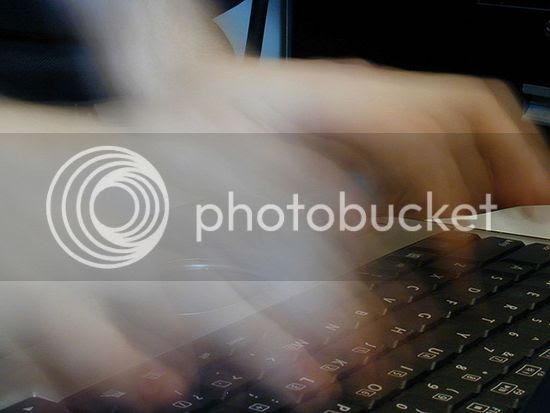 With informative profiles online and new fans beginning to find and follow you, the time has come to focus on the true purpose of social media: engaging with real, live people.
To this end, take a few minutes each day to add content to your pages, answer questions, drop plotline tidbits and allusions, involve yourself on other similar pages, and generally present yourself as a living, breathing author instead of a mere ebook-selling robot.

The truth is, you’ll be surprised at just how little effort it takes to draw people into your web of imagination. One of the most prevalent myths about social media marketing, whether for an ebook or any other product or service, is that it takes copious amounts of time to stay engaged enough to make good things happen, but that simply isn’t true. A little effort goes a long way, and your fans and followers will appreciate every minute of it.

While social media giants like Facebook and Twitter are crucial to your endeavor, never forget that the internet is full of similar services that are more finely tuned towards writers and their marketing needs.

For example, if you’re looking to push your latest ebooks on avid readers as well as the public at large, consider tackling the books category at MyBlogGuest. Need to give your mainstream social media posts and additions the extra push that they need to move into viral territory? Check out Viral Content Buzz, a wonderfully helpful network of bloggers, writers, and social media enthusiasts that work together to share and spread content farther and wider than ever.


4. Add Multimedia to Your Bag of Tricks 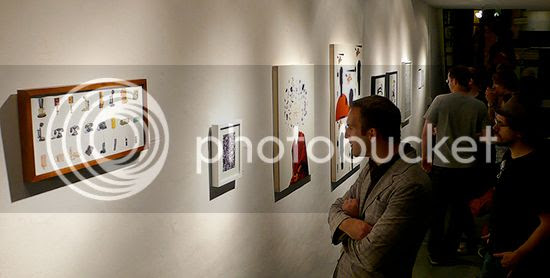 As a writer, it’s likely that you enjoy and relate to words more than any other informational medium, but don’t let that perfectly reasonable prejudice allow you to overlook the power of multimedia to catch attention and drive clicks on the web.

By its very nature, social media platforms tend to present information in small, easily digestible packages, beckoning users to follow through with a click if they want to learn more. With millions of these packages floating around at any given time, though, it can be very easy to have your particular message get lost in the mix.

In order to draw even more attention to yourself and your masterpiece, consider leveraging multimedia like unique artwork, related photography, and trailer videos to help to capture the attention of your social media visitors.


5. Continue to Engage Your Fans and Followers

Once you’ve got well-aged profiles online, full of content and teaming with new followers, the trick to continued success is to continue to personally engage and contribute every single day. Besides giving your work of fiction the dedication it deserves after months spent writing, maintaining a well-liked social media presence will also set you up for future success as you continue to forge your writing career.

And there is a sequel coming...isn’t there?

About the author: Anna Fox is the writer addicted to self-improvement. She is running a blog where you can find dozens of tips for increasing productivity.
1 comment:
Email ThisBlogThis!Share to TwitterShare to FacebookShare to Pinterest
Labels: anna fox, ebook, marketing, multimedia, platforms, promote, publishing, social media, writing

Writing is a tough job. Being rejected afterwards is tougher. Katie Hamstead, author of the new novel Branded, has agreed to write a guest blog on rejection.

The Art of Rejection


As a writer, being rejected is part of the package. Ask any author and they will tell you they received dozens, some even more than a hundred rejections. I myself have no idea how many rejections I’ve been dished out while querying, and I have six books lined up for publication.

When I started, like probably everyone who queries, I really had no idea what lay ahead of me. I looked up agents and tried to work out this concept of a “query letter.” In my mind I was like, “My story is awesome, if they just look at it they will know.” I had no idea how much of a naive newbie I was.

My first rejections stung. I will admit I cried. I knew I had to try something different. So I sought out other writers who guided me to advice blogs and websites, and into competitions. My first competition was brilliant. They had feedback posting before the first round to get help on queries. I learned so much and came into contact with people who eventually became my good friends and CP’s.

After that, I started getting partial requests and soon my first full. Often, when these come back as rejections they give you constructive criticism. Use this! Yes, being rejected again still sucks, but rejection is an opportunity to improve, to push yourself to the next level and make the people you are querying sit up and pay attention. No, they aren’t always right, but they are industry professionals, so more often than not what they tell you will reflect what’s expected in the marketplace.

When I received my contract offer, I contacted agents and editors with fulls/partials to let them know I’d received an offer. But to be honest, the passion of the person offering me a contract was what made me eventually sign. I knew if they loved it so much, they’d advocate for it.

Since then, that book and its subsequent series have done well. But I still continued querying. Now I am in search for an agent and the rejections don’t hurt at all. I’ve learned that if they didn’t like it, then someone else will and that person will fight for my work. That’s what you want. The people who send you your rejections are not right for you anyway.

About the Katie:
Born and raised in Australia, Katie’s early years of day dreaming in the “bush”, and having her father tell her wild bedtime stories, inspired her passion for writing.

After graduating High School, she became a foreign exchange student where she met a young man who several years later she married. Now she lives in Arizona with her husband, daughter and their dog.

She has a diploma in travel and tourism which helps inspire her writing. She is currently at school studying English and Creative Writing.

Katie loves to out sing her friends and family, play sports and be a good wife and mother. She now works as a Clerk with a lien company in Arizona to help support her family and her schooling. She loves to write, and takes the few spare moments in her day to work on her novels. 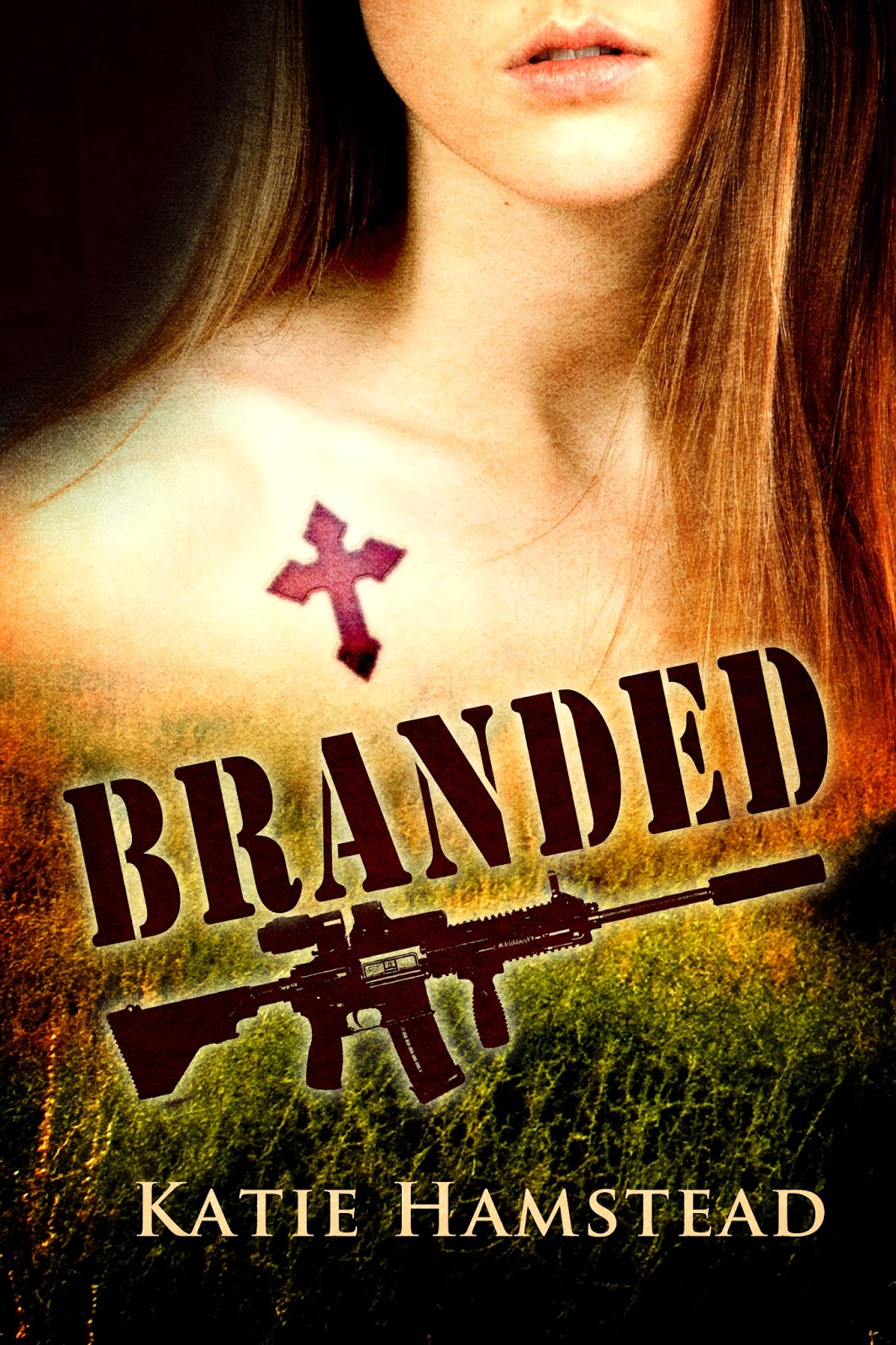 Terrorists have invaded Sydney, and Allison King barely escapes her brother’s wedding reception alive. She and her siblings flee, but their parents are killed by firing squad.

Now Ali’s on the run and terrified. While searching for other survivors, she is captured by the General who leads the invasion. He’s smitten by Ali, and when she refuses to submit to his whims, he brands her for death. In a wild act of defiance, she snatches the branding rod and sears the mark onto his face. Marking not only him but also sealing her fate. Ali manages to escape and flees into the bush once more where she finds a group in hiding.

Even with the scars left by the General, Ali learns to love and falls in love with the young man who found her—Damien Rogers.

But the General is hunting her. When he discovers their location, and finds her with another man—Damien—his wrath is kindled and his obsession is inflamed. Ali must put herself on the line or the General could kill her family, those who help her, and most significantly, the man she loves.