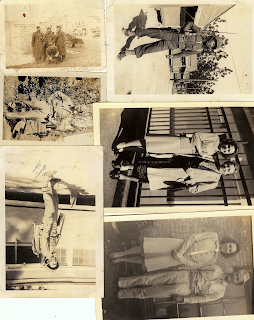 A patron came into my new library in February and donated a book with old WWII photos inside of it. We haven't been able to find Kazuko Hayashi or who the photos belong to:

If you have any information, please contact me at aja.hannh90@gmail.com or call Kealakekua Hawaii Public Library at 808-323-7585.


No comments:
Email ThisBlogThis!Share to TwitterShare to FacebookShare to Pinterest

A lot has changed since college. I've moved more times than I can count, visited places I'd only dreamed of, opened my life to three important new people, and started a new career and a new job.

I've lived with roommates, my parents, on my own, and in a dorm through an employer. It's been a wonderful adventure and I can't wait to continue it.

My writing has turned into career. My first book came out last month and I've already done a blog tour, live talks, and book signings. I have people talking to me about writing more, which I love and I've already started.

The encouragement has been more than I ever hoped for.

At the same time, I've been invited to live in paradise on the Big Island of Hawaii and work in a small library.

But it was a struggle to get here. I've had the lowest moments of my life since college also. I couldn't make ends meet or find a job like I thought my degree would provide. I lost a position that I loved because of my health and felt betrayed by the employer. I had to admit to myself and my family that I had a mental illness. I needed help. I struggled to open my heart to new loves and aspirations.

That's the thing though. You have to have those rough spots to get what you truly need.

You have to have to hit the bottom to motivate you to reach for the top again.
No comments:
Email ThisBlogThis!Share to TwitterShare to FacebookShare to Pinterest

When I become a parent, I want to remember:

My parents had good lessons I want to pass on:

No comments:
Email ThisBlogThis!Share to TwitterShare to FacebookShare to Pinterest
Labels: children, kids

“It wasn’t like I had to make time to write. Mostly, I do what I want in life, and writing is the thing I like to do so I do it a lot,” said Hannah, who graduated with a bachelor’s of art in creative writing and journalism from SHU in 2011.

“Zarconian Island” is a young adult novel that mixes romance and adventure as the main character Attie, a descendant of a magical race who once lived in Atlantis, gets trapped on a tropical island with some classmates.

“I decided I wanted to write a novel and then I was like ‘Okay, Aja. What do you like?’ And I was like ‘Strange superpowers, but not like superhero-y. And uncharted islands and prehistoric animals and Atlantis.’ So I wrote that. Then, the characters started falling in love and making their own decisions and becoming their own people, and I was like ‘Um, okay. We can do that too,’” said Hannah.

As a creative writing and journalism major, Hannah gained experience in various styles of writing. She was a section editor for the Setonian and editor-in-chief of SHU’s literary magazine, “Eye Contact.”

“My journalism experience broadened my writing voice. I am better able to write different characters, different points-of-view and even different texts. Like adding the ‘nonfiction’ website piece to the first-person POV narrated story,” said Hannah.

Hannah, an active blogger at ajahannah.blogspot.com, has been completing a “blog tour” by having her book featured on various blogs.

“I loved “Zarconian Island”! It was a great story with a very unique premise, and characters that were so easy to fall in love with,” said 33-year-old blogger and author Jessa Russo.

Hannah recently accepted a new job as a librarian on the Big Island of Hawaii. “Zarconian Island” also has a sequel in the works that, according to Hannah, should be even better than the first.

Hannah’s publisher, Curiosity Quills Press, is an indie publishing house that started in 2011.

“With readers, bloggers and aspiring authors playing such an important role in published authors’ success in this new publishing climate, we realized it might not be such a bad thing to share the publishing reigns with them. When readers, writers, bloggers and everyone in between get involved in the excitement, publishing becomes a collaborative process in which everyone ultimately wins,” said Lisa Gus, operations director.
No comments:
Email ThisBlogThis!Share to TwitterShare to FacebookShare to Pinterest
Labels: book, marketing, promote, publishing, writing 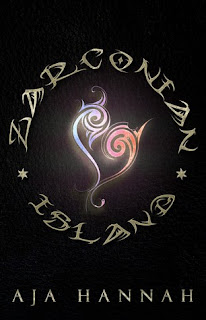 I'm excited to say I will be selling books and signing them at La Madeline in Columbia on April 3 from 6pm to 9pm.

Feel free to drop by and browse.

If you want to buy a book, please have cash or the email address to your Paypal account so that we might complete the transaction at the time of purchase.

You may also buy the book in print or e-book at Amazon.
2 comments:
Email ThisBlogThis!Share to TwitterShare to FacebookShare to Pinterest
Newer Posts Older Posts Home